If you are interested in becoming a faculty associate, contact us at ats011 (at) bucknell (dot) edu. 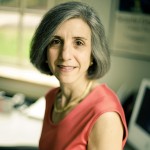 I am scholar of religious studies with a specialty in ethics. My work takes place at the intersections of religious ethics, secular moral theory, and practical ethics, rather than being defined exclusively by the normative agenda of a particular religious tradition. My approach to ethics is therefore interdisciplinary, making use not only of religious and philosophical materials but also the work of cultural theorists, social scientists, and literary critics. My current research focuses on the shifting meanings and valuations of “nature” in contemporary moral discourse, and particularly on how recent challenges to the idea of nature as a moral norm play out across the boundaries of environmental ethics, bioethics, and into the wider cultural domain. As an affiliated faculty member of the Environmental Studies program, I teach courses such as Environmental Ethics, The Ethics of Consumption, and The End of Nature and the Posthuman Future. 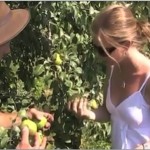 I’m an environmental historian. We study the relationships between people and nature in the past: how different groups of people thought about and made use of the natural world; the places they encountered and transformed; and in turn, how nature shaped or altered the course of human events. This can tell us a great deal about today’s environmental questions. I’m a Canadian and a Canadianist, but my interests are environmental themes broadly in North America and the North Atlantic, and infusing – or unearthing – environmental factors in “standard” histories of the New World.  I’m especially interested in how we can integrate environmental histories and environmental education into public history, on the one hand, and into public debate and policy on the other. 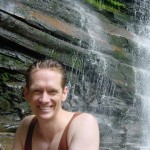 I am a scholar of Asian and comparative thought, whose research focuses on the dynamics of Asian religious and philosophical traditions as they encounter and respond to the forces of modernity. I have always been interested in the implications of religious and cultural values on ethics and politics, and from my youth have sustained a deep love for nature—spending much time hiking in the unpeopled forests of northern Maine or trudging the windswept coasts of the Maritime provinces of Canada, where I was raised. Beyond my professional interests in Asian thought, I am personally invested in Buddhist and Daoist principles of interdependence and mutual sustainability, ideas that I believe gain renewed significance in our “post-industrial” global age. Although few of my present courses deal directly with environmental issues, I am working on a long-term research project entitled “Green Dharma,” which examines theoretical linkages between classical Buddhist doctrines (from India, West Asia, China and Japan) and contemporary environmental ethics. 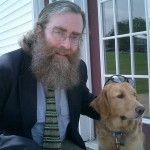 Interests include environmental criticism, environmental semiotics, ecopoetics, and sustainability from a humanities standpoint. Publications include Strange Beauty: Ecocritical Approaches to Earlhy Medieval Landscape (Palgrave Macmillan); Re-Imagining Nature: Environmental Humanities and Ecosemiotics (edited collection) (Bucknell Press) ; Tolkien’s Modern Middle Ages (co-edited collection) (Palgrave Macmillan). Recent work includes the chapter on medieval literature for the Cambridge Companion to Literature and the Environment, and articles on Eriugena’s philosophy of nature for volumes on Eriugena and the Cosmos (Brepols) and the Eriugena Handbook (Brill). His environmental journalism has appeared in Whole Earth, The Christian Science Monitor, the Chicago Sun-Times, and the Chicago Wilderness journal. He is co-editor of the Stories of the Susquehanna Valley project at Bucknell and Senior Fellow in its Environmental College. Other interests include work on James and Susan Fenimore Cooper, Joseph Priestley, and Samuel Coleridge in the formation of early American definitions of nature related to the Susquehanna Valley. 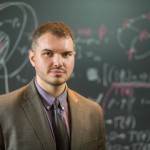 I’m a philosopher of science, particularly of the biological sciences, including especially evolutionary biology and ecology. My interests in environmental philosophy converge from two directions. First, I have spent a lot of time trying to untangle a thorny nest of issues about biological species which got me thinking more about biodiversity and the value we place on it. Second, I’m fascinated by the epistemic issues concerning climate science and its public dissemination. Climate change is an inherently interdisciplinary issue to which humanists can make valuable (and badly needed contributions). Aside from teaching a regular Integrated Perspectives course on the science and ethics of climate change, concern about inaction on global warming also motivates a major project I’m currently working on concerning the public’s understanding of science. 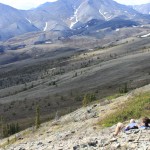 G.C. Waldrep (English) is a poet who also teaches creative nonfiction and literature at Bucknell.  His most recent books are Your Father on the Train of Ghosts (BOA Editions, 2011), a collaboration with John Gallaher; The Arcadia Project:  North American Postmodern Pastoral (Ahsahta, 2012), co-edited with Joshua Corey; and a chapbook, Susquehanna (Omnidawn, 2013).  BOA Editions will release a long poem, Testament, in 2015. Waldrep has received prizes from the Poetry Society of America and the Academy of American Poets as well as two Pushcart Prizes, a Gertrude Stein Award for Innovative American Writing, and a 2007 National Endowment for the Arts Fellowship in Literature.  Waldrep lives in Lewisburg, Pa., where he teaches at Bucknell University, edits the journal West Branch, and serves as Editor-at-Large for The Kenyon Review.